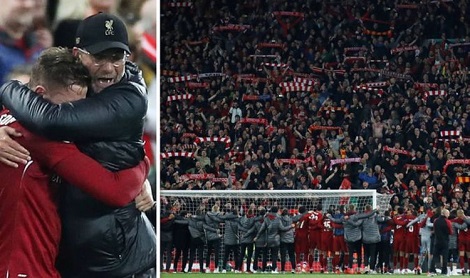 Football fans from across the globe reacted in shock and disbelief as Liverpool completed one of football's greatest ever comebacks to beat Barcelona and reach the Champions League final.
The English club launched an incredible four-goal fight back to stun one of the world's best teams and overturn what many believed to be an insurmountable 3-0 deficit from the first leg in Spain.
As the final whistle blew, some of Liverpool's heroes dropped to their knees in disbelief while others were seen crying on the pitch, as Anfield's 55,000-strong crowd of adoring fans erupted with joy.
Liverpool legend Jamie Carragher led the tributes as exclaimed last night the 'greatest ever' in the history of the iconic ground, with the win even receiving a royal seal of approval from the Duke of Cambridge.

Prince William, the serving President of the FA and Aston Villa fan, tweeted 'an incredible result, what a comeback' which was followed by praise from sporting royalty in the form of basketball great LeBron James, who added: 'Amazing night for the Reds. Wow.'
The moment got the better of Liverpool boss Jurgen Klopp, who turned the air blue after the game when he said: 'It's 10:10pm, most children are in bed, but these boys are f****** mentality giants. If you have to fine me, fine me!'
While fans in the stadium shouted themselves hoarse, others took to social media to express their joy.
One fan, writing on Twitter, said: 'Liverpool doing things that cannot be done!'
Another said: 'If Liverpool see this out, it will be the greatest comeback since Lazarus.'
A third said: 'Never, ever count Liverpool out, I won't tell you again.'
Photos and videos posted online showed fans celebrating wildly in pubs, bars and the streets of Liverpool. 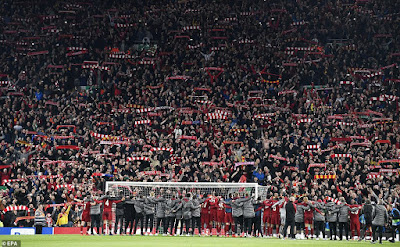 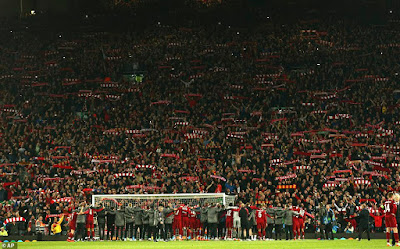 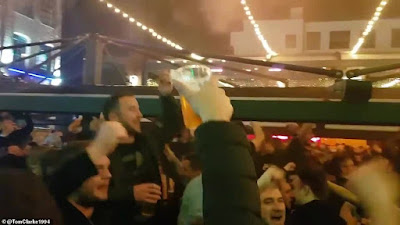 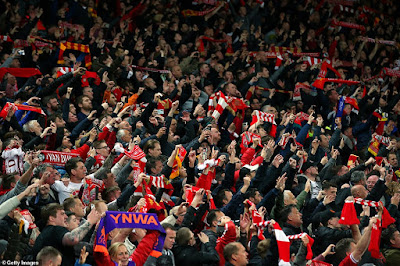