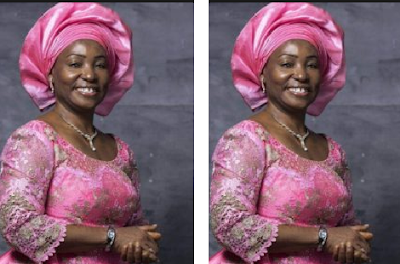 The family of Rev. William Okoye, the General Overseer of All Christians Fellowship Mission, has announced the death of his wife, Rev.  Helen Titilayo Okoye. Late Evangelist Helen Okoye Okoye, who was a former Aso Rock Chaplain made the announcement in a statement made available to newsmen on Friday in Abuja

Okoye, who was Head, Aso Rock Villa Chapel and Chaplain to two former Nigerian Presidents, Olusegun Obasanjo and Goodluck Jonathan said his wife passed away at age 63. “She passed on in the early hours of Thursday, May 2 at the National Hospital, Abuja. “She is survived by her husband, six children, six grand children and other relations.’’

According to him, until her sudden death, she was the founder and coordinator of the Fellowship of Pastors’ Wives and Women in Ministry based in Abuja.