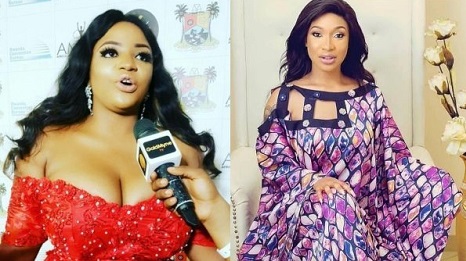 Nollywood actress, Funke Adesiyan has shaded her colleague Tonto Dikeh shortly after she released her tell it all interview on her youtube page. Funke took to her social media space writing;

''Some partners are toxic. Their toxicity will destroy you, your core and existence. May God not let us fall victims of “oloriburuku” partners. Amen! #disgracetowomanhood Don’t know why it’s so difficult for her moving on!''

Tonto however got the shade and replied calling her by her name saying; 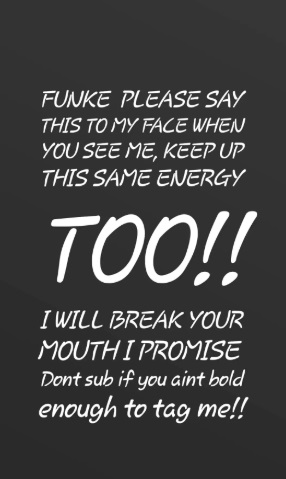 ''@tontolet I want to believe you don't mean it when you said you'd break my face. I weigh 110kg of solid body muscle darling. I have a black belt in Taekwondo(ask around). However, I don't fight unnecessary people. I pick my fights and ignore little people thus you not hearing my name here and there.
I'll tell you what I think of you, you are a depressed woman who hangs unto every straw of attention to remain relevant. True relevance come only when you stop seeking validation from people. You say you don't care about what people think of you but it's a big fat lie. You do care. That is the reason you grant countless interviews about your ex.
My dear, there's so much you can become without the shadow of your ex. Break free and abound. The future is so big.
One advice for you, don't come for me when you see me, you'd be sorry.
P.s my only response to you.''

Hmm, was Funke right to have shaded her in the first place considering it’s Tonto’s ex and not hers. Or Tonto’s own is getting to much and the shade and other call out was needed?