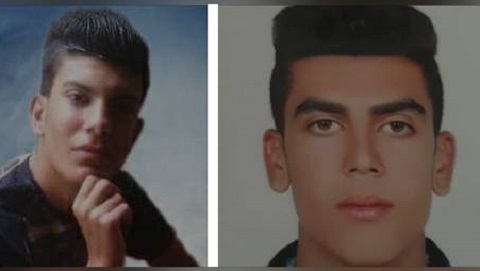 Two Iranian boys were flogged and secretly executed after being convicted of rape in an 'unfair trial', according to a human rights group.

Amnesty International claims that the cousins Mehdi Sohrabifar and Amin Sedaghat, both aged 15, were put to death on April 25 in Adelbad prison, in Shiraz, Iran.

The youngsters' bodies were marked with wounds from a whip and both of them were unaware they had been sentenced to death until shortly before their executions, the organisation reported.

Philip Luther, Amnesty International's director for the Middle East and North Africa, said: "The Iranian authorities have once again proved that they are sickeningly prepared to put children to death, in flagrant disregard of international law.


"It seems they cruelly kept these two boys in the dark about their death sentences for two years, flogged them in the final moments of their lives and then carried out their executions in secret.

“The use of the death penalty against people who were under 18 at the time of the crime is strictly prohibited under international human rights law and is a flagrant assault on children’s rights.

"It is long overdue for Iranian parliamentarians to put an end to this harrowing situation by amending the penal code to ban the use of the death penalty against anyone who was under 18 at the time of the offence.”