Is Paedophile Adam Johnson Back With Ex- Girlfriend? 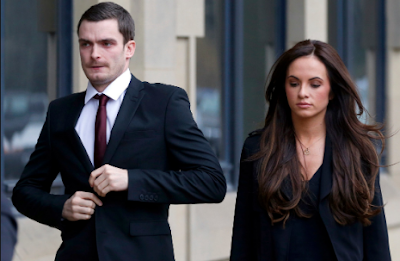 Disgraced former footballer Adam Johnson has been making regular visits to his ex-girlfriend amid rumours they could get back together.

The 31-year-old was seen leaving her home in the north east last week, which he bought for her and their four-year-old daughter Ayla.

Sources claim they were initially remaining close for the sake of their daughter but have now resumed their relationship by 'taking things slowly'.

Miss Flounders, 29, had previously publicly stood by the former Manchester City and Sunderland star when he was accused of sexual activity with a 15-year-old girl and grooming but left him when he admitted the charges in court.


He was jailed for six years in 2016 and released in March after serving half of his sentence.