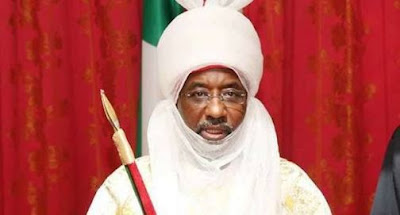 A letter signed by the commission’s Director of Operations, CSP Sulaiman Aliyu Gusau, invited an aide to the Emir, Alhaji Isa Bayero for investigation.

“Pursuant to provision of section 31(1) (a) and (b) of the Kano State Public Complaints and Anti-Corruption Law 2008 (as amended) requested release of the officer to explain payment vouchers from 2013 to 2017.


“It directed Isa. S. Bayero to be at the commission conference room by 12.00noon on Thursday, May 9, over an investigation on alleged violation of section 26 of the commission’s enabling Law in the management of Kano State Emirate Council Fund,” the letter reads.

The commission had in 2018 commenced large-scale probe against Emir Sanusi before the state House of Assembly intervened, which forced the commission to stay action on the matter.

Investigation by the Assembly later took another twist when the House leadership allegedly received gratification to dismiss all allegations against the Emir.