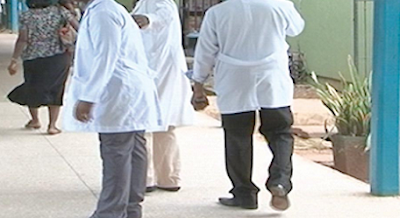 The Nigeria Medical Association in Cross River State says it will withdraw medical services on Thursday (today) following incessant kidnapping of its members.

In a communiqué jointly signed by its Chairman, Dr Agam Ayuk and, the Secretary, Dr Ezoke Epoke, after its emergency general meeting on Wednesday in Calabar, the association said it was compelled to issue the threat after one of its members, Dr Ogbonna Uchenna-Aju, was abducted on May 3.

The communiqué said the incident had brought psychological trauma and emotional destabilisation to members of his family and the NMA in the state.


“The state government and security agencies are given 48 hours to facilitate the unconditional release of Dr Ogbonna Uchenna-Aju. Failure to secure his release at the expiration of this ultimatum, the NMA in Cross River State will proceed on a total and indefinite withdrawal of medical services in both the private, public and institutional hospitals in the state,” the communique partly read.