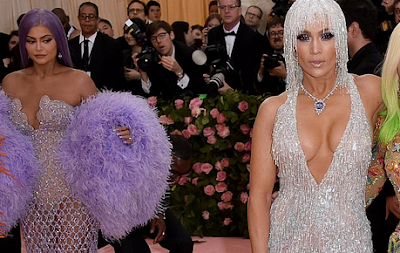 Kim Kardashian is a big fan of Jennifer Lopez's as she has fostered a friendship with the Jenny From The Block singer for years.

When at the Met Gala in New York City on Monday evening, the 21-year-old makeup mogul was caught giving a slight side eye to the 49-year-old girlfriend of Alex Rodriguez.

Later, she craned her next to get a better view of Jennifer's backside.


Jenner appeared to be checking out J-Lo's famous bottom.

Jenny was in a risque Las Vegas showgirl style plunging gown by Versace.

At the moment, the World Of Dance star was posed with the designer, Donatella Versace - she took over the design house after her brother Gianni was murdered in Miami.

Jenner was also seen uncomfortably turning her neck to get another look at the former American Idol judge.

It was clear Kylie was sizing up the Second Act actress. 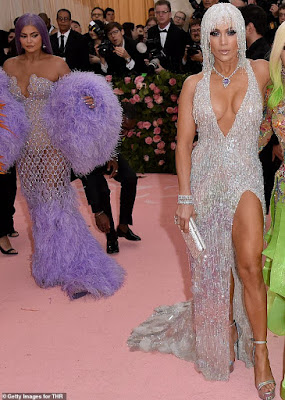