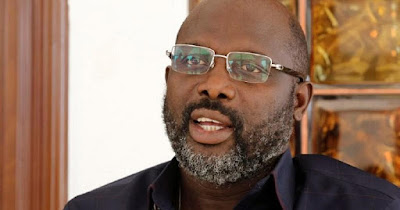 Liberian President George Weah on Monday suspended his junior press minister for stoking ethnic tensions in a country ravaged by tribalism and two civil wars which killed some 250,000 people.

Weah suspended Eugene Fahngon over comments that a call for a big anti-government demonstration on June 7 was engineered by the so-called “Congo Liberians,” or descendants of freed slaves who returned from the United States to found Africa’s first independent republic.

Weah, who overcame childhood poverty to become an international football legend, is not from this class, which has dominated politics in Liberia for 170 years.

Weah and his government were “committed to a ‘one country, one people’ policy with zero tolerance on divisive politicking or tribalism,” a statement said.

The US embassy on Monday said it was “concerned by recent comments made in various forums which could impede Liberia’s progress.

“Those who promote through their words or deeds a Congo-Country divide do not have Liberia’s best interests or that of their constituents at heart, but rather appear motivated by personal ambitions or fears,” a statement said.