Manchester city centre is on lockdown over bomb fears 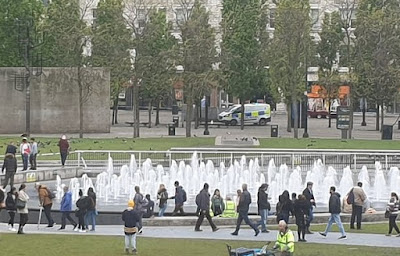 Workers were evacuated from offices today as a man was arrested by police after reports of a suspicious package in Manchester city centre.

Greater Manchester Police said the 26-year-old man was held by officers and a cordon was put in place following the incident at Piccadilly Gardens.

Photographs from the scene showed officers guarding the area - which would normally be a bustling scene on a Friday lunchtime - where a backpack was left.

Bomb disposal officers from the Royal Logistical Corps were also sent to help investigate the package, and were seen by drivers in a van on the M56 motorway.


All Metrolink stops were suspended between Piccadilly and Victoria and reporters near the gardens described a 'very heavy police presence'. 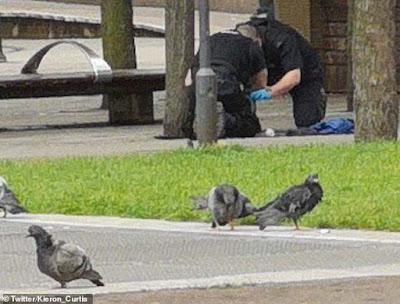 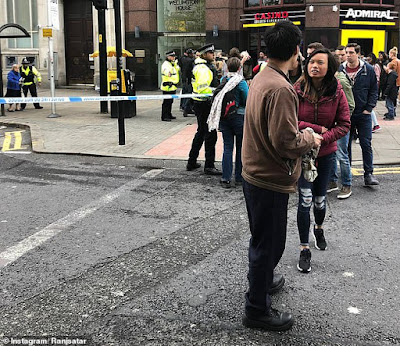 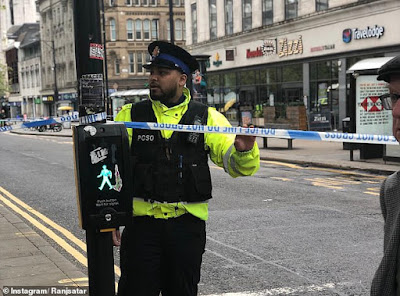