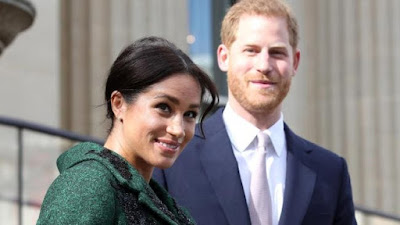 The Duke and Duchess of Sussex have insisted on a US broadcaster being present when they unveil their baby son to the world today – and have picked the channel fronted by one of Meghan’s best friends.

The couple have arranged for CBS, the network whose morning show is fronted by the duchess’s confidante Gayle King – a guest at her New York baby shower – to join a small British media contingent for the photocall at Windsor Castle.

The decision came as a surprise to British television channels including the BBC and ITV – not to mention many at Buckingham Palace.


It comes as royal fans wait for their first glimpse of the newborn in a photo shoot due to take place on Wednesday.

A source said last night the arrangements were made to ‘reflect the international interest in the story’.

But British broadcasters are said to be furious at the move and there is also concern among some in the royal household that the decision will look like a ‘slap in the face’ to Commonwealth broadcasters, particularly in countries such as Australia, Canada and New Zealand, where the Queen is still head of state.

It’s a decision that has taken everyone by surprise and has not gone down well in some quarters,’ one source said.