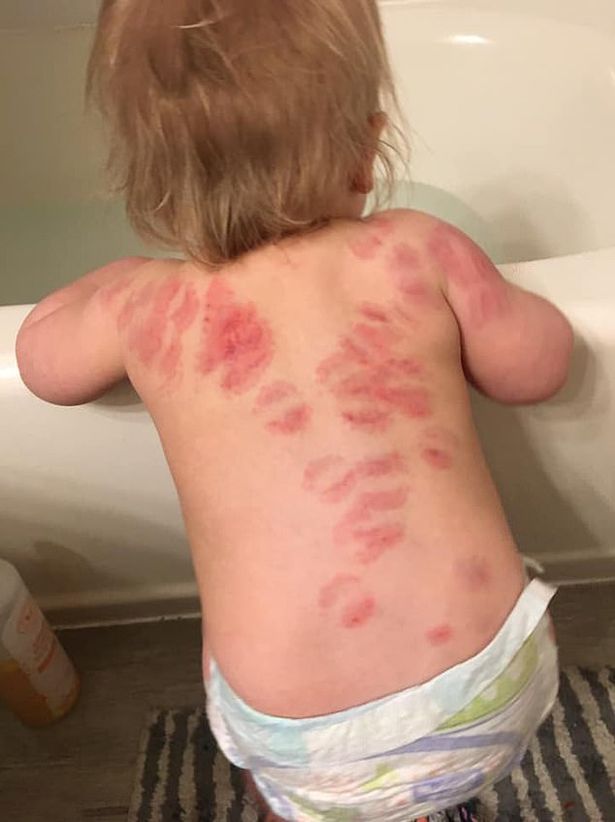 A mum was shocked to find at least 25 bite marks on her daughter's body when she returned home from nursery.

Alice Martin, from Arizona, US, has accused her 15-month-old girl's nursery of negligence and reported it to the police and the Department of Health.

Alice realised her daughter, Rosalynn, had been hurt when she was changing her clothes at home and found red marks on her back.

She told KOLD News 13: "It's stomach-turning. It feels both angry and sad at the same time. At first, I was like 'are those really bite marks?' And then, my brain kinda stopped thinking and I started crying.


"The fact they didn't notify me even when I picked her up is just astounding."

She continued: "I know that a child getting bitten that many times would be crying and very upset.

"You always want to protect your children and I feel like that didn't happen.

"I feel like I left her with someone that didn't look out for her at all."

Police believe the marks, which were discovered in February, were caused by another child. No-one has been arrested yet.

Creative Beginning Preschool would not release a statement and the Department of Health said it could not comment on pending investigations, according to the Daily Mail.

Alice added: "The fact that nobody intervened in how many minutes, maybe they were left alone, maybe they disregarded the cries, I don't know, but it takes some time to do that kind of biting and my daughter would have been very upset." 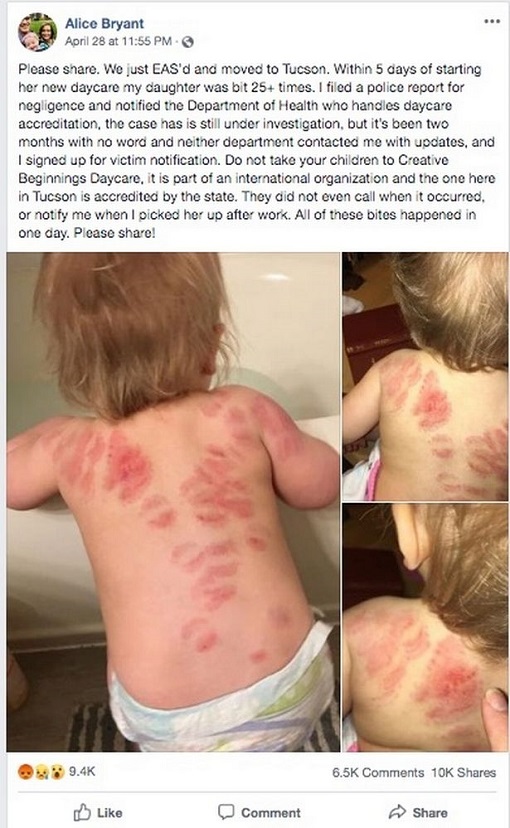