Mum starved son, 3, to death and hid his 'skeletal' body in toy box 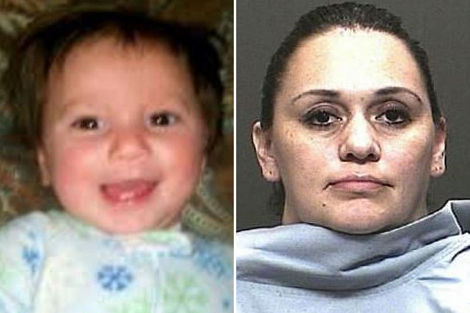 A mum has been found guilty of starving her three-year-old son to death and hiding his body inside a toy chest.

A jury in Pima County, Arizona, found Raquel Barreras guilty on both charges of murder and child abuse, after she starved her son, Roman, and allowed no one to "play, talk, or feed him."

It is alleged Barrera and her husband, Martin, both from Tucson, starved Roman to death, and yesterday a jury found the mum-of-five guilty of creating a 'torture chamber' where her son was kept.

According to News 4 earlier in the trial Roman’s sister told the court when she asked her mum why Roman was left inside a plastic toy chest she replied “He was very very very bad.”


Roman's brother also testified and got very emotional as he said he opened the toy box in the backyard before they moved, and saw his little brother dead inside.

Another sister talked about how Barreras would not let her four other kids play with Roman and said “It was none of their business.”

According to an autopsy report, he died from starvation and neglect.

Two of Roman’s siblings would also sneak into the family's laundry room to feed their three-year-old brother crackers and said he looked very thin and knew something was wrong.

She said: “It took Roman a long time to die. It took him a long time to starve to death and she watched him do it...We cannot make these things better for Roman. What we can do is bring justice to Roman, the justice that Roman deserves.”

In opening statements, the defense pushed back on claims Barreras murdered her son, and said Roman was a “medically compromised” child.

Her lawyer said she was a drug addict who was struggling with poverty.