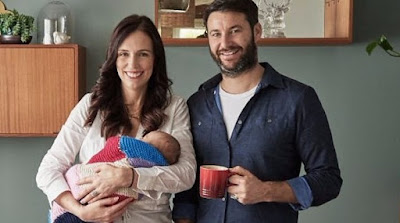 Ms Adern’s spokesman said the leader got engaged to 41-year-old Clarke Gayford, who hosts a fishing television programme, in the town of Mahia during the Easter holidays.

Reporters on Friday noticed Ms Ardern, 38, was wearing a ring on her middle finger, a variation from the traditional ring finger.

The couple have a 10-month-old daughter, Neve Te Aroha. Ms Ardern became only the second elected world leader in modern history to give birth while in office last June, after Pakistan’s Benazir Bhutto in 1990.