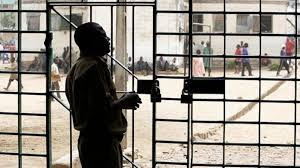 The Controller-General of Prisons, Ja’afaru Ahmed, has approved the recommendation of Zone ‘C’ Disciplinary Committee for the dismissal of Prison Assistant 1, Umar Adamu, from the Nigerian Prisons Service for smuggling illicit drugs into the prison for prisoners.

Ahmed warned that any officer caught in such an ignoble act would be shown the way out of the service “as they have no business being in a character reformation agency.”

A statement in Abuja on Monday by the Prisons Service Public Relations Officer, DCP Francis Enobore, said Adamu’s dismissal was part of a concerted effort to maintain discipline and ensure that mal-adjusted inmates in prison custody were only handled by those with the required rectitude to do so.

The CG also assured the public that the management of the NPS remained committed to sustaining the peace and calm “now existing in prisons across the country in order to  enhance reformation and rehabilitation of offenders in prisons custody.”