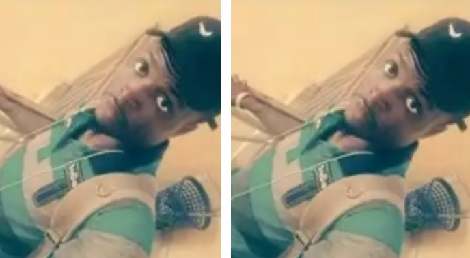 A 200 Level Architecture student of the Olabisi Onabanjo University, Ibogun campus, Ogun State, has died. He died in a stampede during the Champions League match between Liverpool and Barcelona. The stampede occurred at a viewing center after a student felt something crawling on his leg and thought it was a snake. Everyone wanted to run after he raised the false alarm and sadly Gbenga Olukoyi was got in it.

The rush to exit the place left over 40 students injured. Gbenga was rushed to the hospital but shortly gave him the ghost, when those who rushed him there couldn’t make an initial deposit.
at May 09, 2019