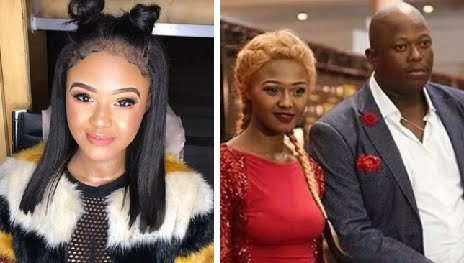 Last week DJ Tira dropped the surprise video and song featuring Wodumo and Mampintsha (her boyfriend who allegedly assaulted her in a live instagram video) with the song title being taken from a line said by Mampintsha in the assault video.

Tweeps voiced their opinion of the duos reunion with many fans unhappy about Wodumo using a line from the assault video for a new song.


In an Instagram post where the "Wololo" singer is promoting an upcoming show, one of her followers commented on the picture saying: "In a country and world with such a high rate of Gender Based Violence you are using your platform as a disservice to all the young womxn & elder victims of abuse.

As a public figure you have the responsibility as a role model. You are doing no justice to the calls you sent out earlier this year - calls many responded to and were triggered by. What you have done is confusing and mocks many people who supported you as a survivor of abuse.(sic)"

Wodumo replied in Zulu with: "ey sis naka izindaba zakho... uphume ezindabeni zabant ababili..." which roughly translates to the "Shut Up and Groove" star telling her fan to mind her own business and leave her alone.