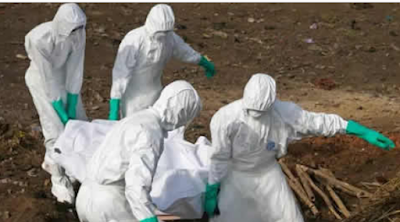 More than 1,000 people have now died of Ebola in the Democratic Republic of Congo, authorities said, as aid workers warned that the highly contagious virus combined with insecurity in the restive region was creating a “deeply worrying situation”.

The current outbreak is the second deadliest on record, after an epidemic killed more than 11,300 people in West Africa in 2014-2016.

Efforts to roll back the outbreak of the haemorrhagic fever have been hampered by fighting but also by resistance within communities to preventative measures, care facilities and safe burials.

“In total, there have been 1008 deaths (942 confirmed and 66 probable),” the health ministry said in a daily update late Friday.


The central African country declared a 10th outbreak of Ebola in 40 years last August centred in the city of Beni in North Kivu province before the virus spread into the neighbouring Ituri region.