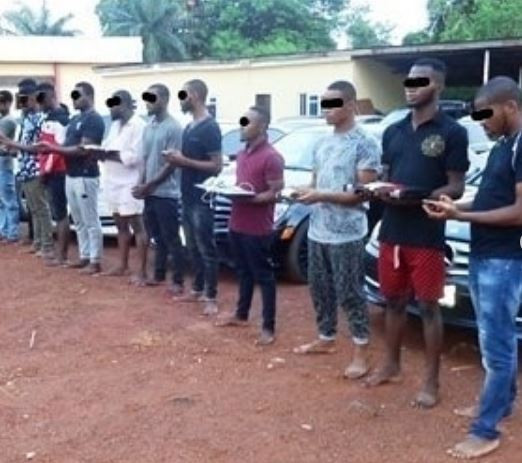 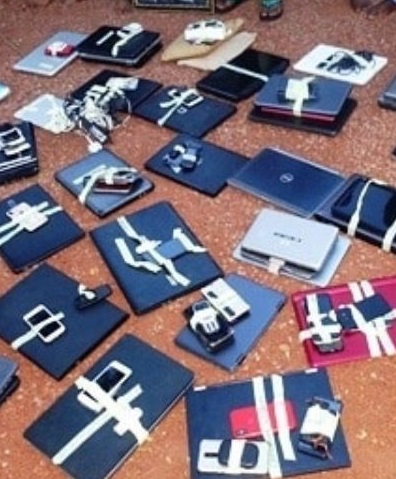 EFCC’s Acting Spokesman, Tony Orilade, in a statement yesterday in Abuja disclosed that the arrest followed a raid on some targeted residences in Okwu Urata, Aladinma and Egbu areas of the city.

Orilade maintained that the commission’s action followed intelligence report, which hinted that the suspects were living lavish lifestyles without any known means of livelihood, alleging that they specialise in defrauding unsuspecting victims through the Internet.


“In the course of executing the search warrants, items such as laptop computers, 25 five exotic cars, including several brands of Mercedes Benz, Lexus, Toyota cars and expensive mobile phones were recovered,” he said.

Responding to the development, Zonal Head, Usman Imam, who said the exercise was in line with EFCC’s mandate, decried the high rate of cybercrime in the zone, which he blamed on complete breakdown of values in the country.