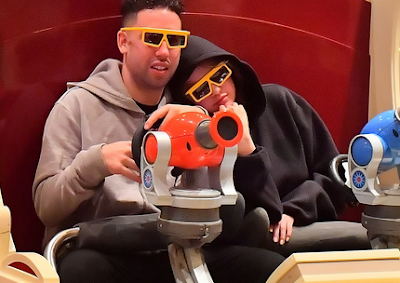 She's spent the past year working on herself while surrounded by her closest friends after a painful early 2018 split from on-again off-again beau Justin Bieber, who is now married to Hailey Baldwin.

And on Sunday Selena Gomez looked back to her happy self as she took those same pals to Disneyland in Anaheim, California.

At one point the 26-year-old beauty was seen resting her head on a mystery man's shoulders as they rode a Toy Story ride together.

Selena attempted to keep a low profile throughout the night, opting for a black hoodie with the hood kept up.


She teamed the dark look with tights and even opted for a pair of ankle weights for an added workout.

The former Disney star appeared to be makeup free and kept a low profile while walking around with her friends. 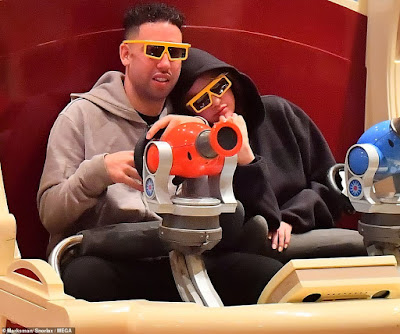 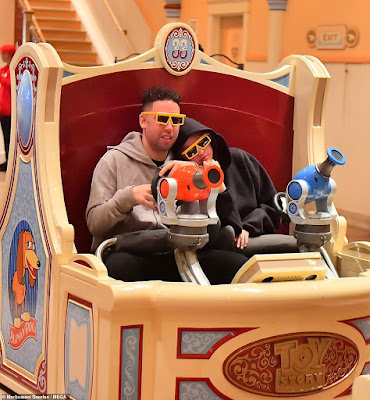