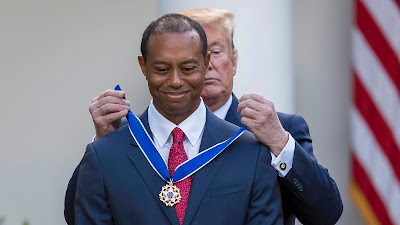 Tiger Woods has officially added another award to his mantel.

On Monday, President Donald Trump awarded the legendary golfer, who recently secured his fifth Masters Tournament win, with Presidential Medal of FrThe medal — which is the nation’s highest civilian honor — is given to people who show “an especially meritorious contribution to the security or national interests of the United States, world peace, cultural or other significant public or private endeavors,” according to the White House.

In his speech, Trump, 72, commended Woods, 43, for his talents on and off the green — something he could personally attest to.

The pair have been friends for quite some time (long before Trump took the Oath of Office) meeting first as business partners before continuing their friendship and going golfing together.


Speaking to Woods’ athleticism, the president referred to him as “one of the greatest athletes in the history of sports,” “a global symbol of American excellence,” and a “true legend.”

He then touched upon Woods’ previous injuries and surgeries, noting how the golfer had “inspired millions of young” from his “relentless will to win” and remarkable career, including his dramatic — and victorious — comeback at the Masters in mid-April.

Trump also praised Woods for being “a great person [and] great guy,” who has spent a considerable amount of time off the green as a “devoted philanthropist” giving back.

After presenting the honor to Woods, the golfer got emotional as he thanked his family and friends for their support through “the good and the bad, the highs and the lows” — seemingly a nod to the sex scandal that rocked his personal life and career in 2009. 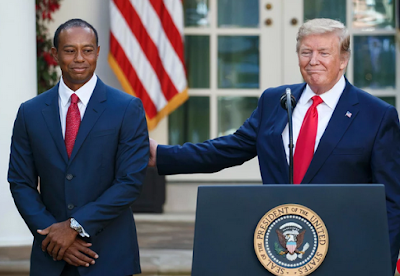 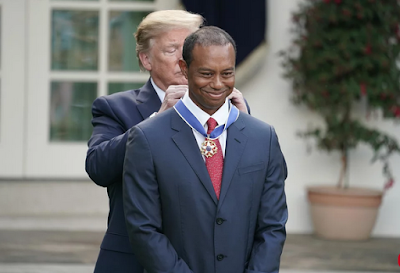 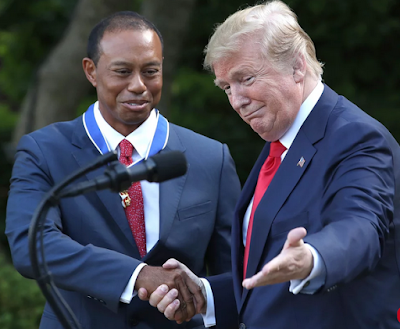 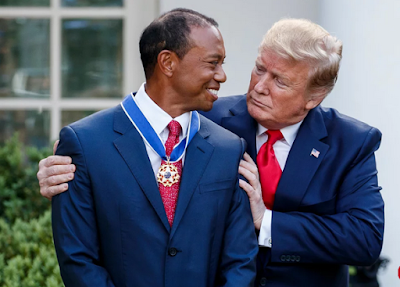