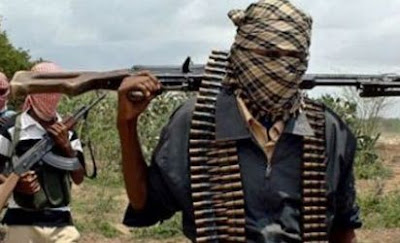 According to the school’s Assistant Registrar, Mr Ezekiel Rangs, whose sister was kidnapped in the attack, he said: ‘We were sleeping when we heard a big bang on the door. Before we knew what was happening, the gunmen were already inside the house. We pleaded for them to spare our lives but they took away my younger sister.

‘When they said we should give them a phone through which we can contact them, I offered to give them my own they refused and instead demanded my wife’s phone and departed. Some soldiers came to the house after the kidnappers had gone and we told them what happened.’