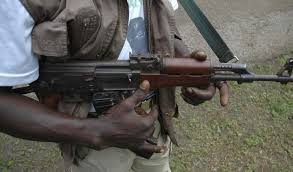 The police in Zamfara said on Thursday that an all-female secondary school was attacked by armed bandits on Wednesday night.

But no students were abducted, the state police commissioner, Celestine Okoye, told Premium Times by telephone Thursday morning; contrary to a viral rumour on social media.

“We have confirmed reports of an attack on the school in Moriki, but no students were abducted,” Mr Okoye said.

“Unfortunately, four cooks were abducted from the school.”


Moriki is in Zurmi Local Government Area, which has been one of the most terrorised areas by bandits in the northwest.