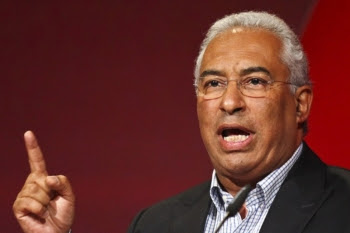 Portugal faces a political crisis after the Socialist prime minister said his minority government would resign if leftwing allies and centre-right opponents gave final approval in parliament to a controversial pay deal for teachers that they have already backed at the committee stage.

In a televised address to the nation on Friday, António Costa denounced the measure as “financially unsustainable” and “socially unjust”, saying its approval would “compromise Portugal’s international credibility” and demolish the government’s commitment to balance the reversal of austerity measures with fiscal prudence.

The conflict threatens to end the alliance between Mr Costa’s centre-left Socialists and the far-left parties that have provided his minority administration with a working majority in parliament. It could also lead to an early general election ahead of the poll currently scheduled for October.


Mr Costa came to power in November 2015, vowing to “turn the page on austerity” with parliamentary support from the radical Left Bloc (BE) and hardline Communists. But on Thursday, the two leftwing parties joined forces with the centre-right opposition to approve a second reading of proposals for a teacher’s pay deal that the government opposes.

After an emergency cabinet meeting on Friday, Mr Costa said final approval of the bill, expected to be voted on in mid-May, would place “inadmissible” conditions on his government and future administrations that “only voters have the legitimacy to decide on”.

The conflict highlights the difficulties the government faces in setting limits to its own popular pledge to reverse austerity while upholding recent successes in balancing the budget.

Under Mr Costa, the budget deficit has fallen to its lowest level in 45 years of democracy and is projected to move into surplus next year.

Mr Costa said approval of the bill meant a similar pay deal would have to be extended to other public employees, including the military and police, at a cost of €800m a year.
at May 03, 2019