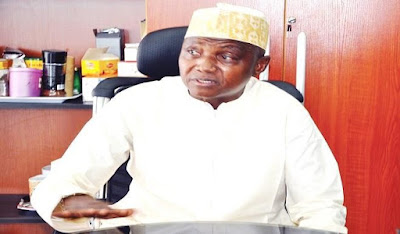 Garba Shehu, the Senior Special Assistant to the President on Media and Publicity debunked claims that the amount was seen to appease the association over the reported killing by some herdsmen.

“That is an absolute falsehood. In all of those meetings, nothing like money was discussed,” he said when asked if the Federal Government offered the sum to the association.

The presidential spokesman explained that the meeting was for the leadership of the group to prevail on its erring members.


According to Shehu, the existence of some miscreants in a group does not entirely mean the entire members of the association are criminals.

He noted that Miyetti Allah is a cultural group just like the Afenifere associated with the Yorubas and the Ohaneze Ndigbo of the southeast.

“The Miyetti Allah group is like Ohanaeze Ndigbo or the Afenifere. It’s just a cultural group.

“There are criminals with the Yoruba race and you cannot say because there are Yoruba criminals, then Afenifere is a band of criminals,” he stated.
at May 07, 2019