Prince Harry drops huge hint that Meghan has given birth 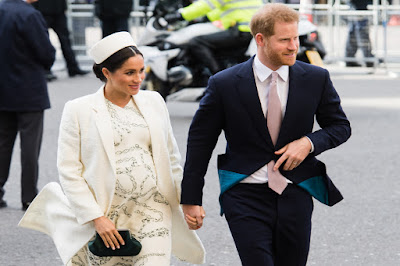 Kensington Palace has dropped quite a major hint that Meghan Markle and Prince Harry may have already welcomed the Royal Baby. A note was issued by the palace yesterday saying that the Duke of Sussex is going to be visiting the Netherlands next week to undertake an official engagement in Amsterdam.

It has been seen by many as a hint that the Duchess has already given birth in secret. It was long expected that Prince Harry going to take paternity leave following the birth of his and Meghan’s first child. This, some believe, could mean that the baby was born as recently as Sunday or Monday. A royal aide said: ‘He had always planned to go but with the birth of his child due it was not announced in advance in case he was no longer able to attend. He is pleased he is able to attend.’

Kensington Palace said: ‘His Royal Highness will then travel to The Hague to officially launch the one year countdown to the Invictus Games The Hague 2020.’ Only yesterday there was speculation that Meghan has given birth because she and Harry were visited by the Queen at their home, Frogmore Cottage.

However, there has been no official confirmation yet that the baby has arrived and it was claimed that visit happened over Easter to welcome them to their new house.