School shooting in Colorado, US leaves 1 student dead and 8 injured 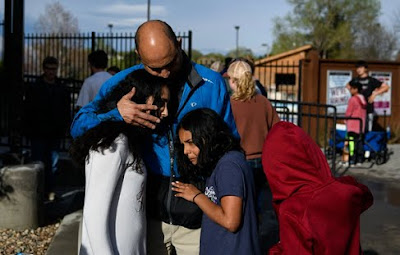 Last month, as the 20th anniversary of the Columbine High School shooting approached, STEM School Highlands Ranch joined hundreds of schools near Denver in closing temporarily amid security concerns. The anniversary came and went, and schools returned to their routines.

But on Tuesday afternoon, the STEM school’s worst fears were realized when nine of its students were shot, one fatally, and two fellow students were being held as suspects.

“We know two individuals walked into the STEM school, got deep inside the school and engaged students in two separate locations,” Sheriff Tony Spurlock of Douglas County said at a news conference.

At 6:45 p.m., about five hours after the shooting, the Douglas County Sheriff’s Office released a statement confirming that one of the nine who had been shot, an 18-year-old man, had died