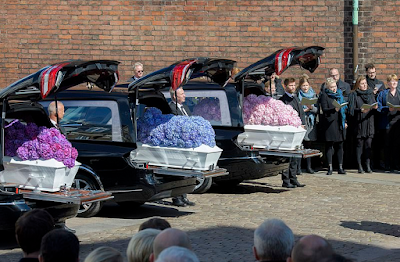 A funeral service has been held for the three children of the Asos billionaire who were killed in the Easter Sunday bombings in Sri Lanka.

Fashion tycoon Anders Holch Povlsen was seen comforting his wife Anne and daughter Astrid as the flower-covered coffins of his three children Alfred, Alma and Agnes emerged from their hearses at Aarhus Cathedral in Denmark.

Astrid was seen walking with her parents towards one of the three hearses to cut a bouquet of balloons from a coffin.

Yesterday's service was attended by members of the Danish Royal Family and the country's Prime Minister Lars Lokke Rasmussen. Crown Princess Mary could be seen holding her daughter Princess Isabella as she was flanked by her son Prince Vincent and daughter Princess Josephine.


At a memorial service last week Mr Povlsen described the family's loss as 'utterly incomprehensible' but thanked family, friends and neighbours in the Danish town of Brande for their love and support and promised to come through the tragedy 'together'.

He was staying with his family at the Shangri-La Hotel in the Sri Lankan capital of Colombo when it was hit by suicide bombers Zahran Hashim, suspected plot mastermind, and Ilham Ibrahim, the son of a millionaire spice merchant.

His son Alfred and two daughters Alma and Agnes were killed in the blast, while his third daughter Astrid survived. It is thought he was injured in the attacks himself, though it is not clear how seriously he was hurt. 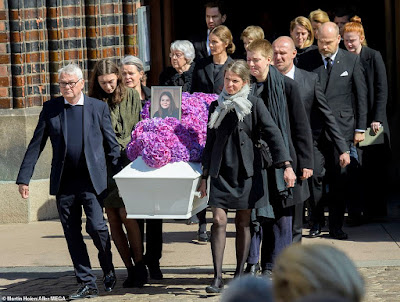 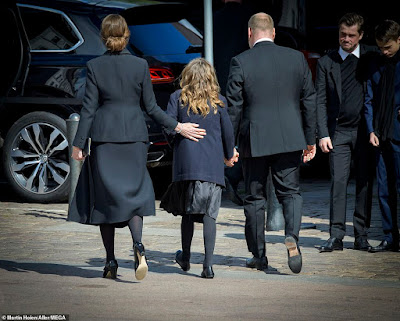 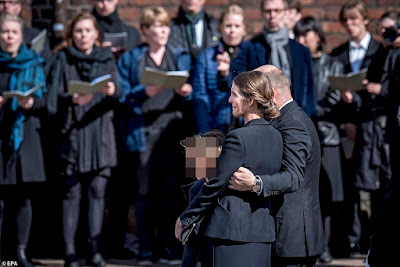 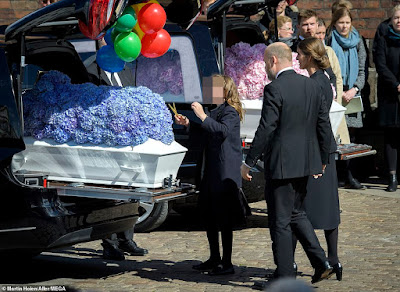 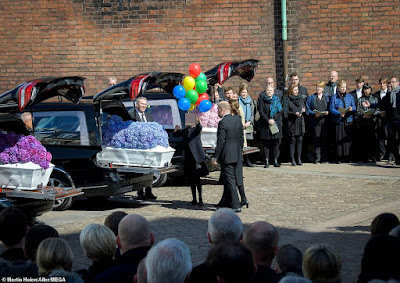 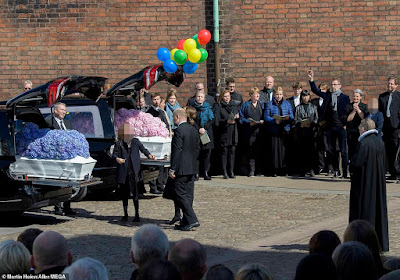 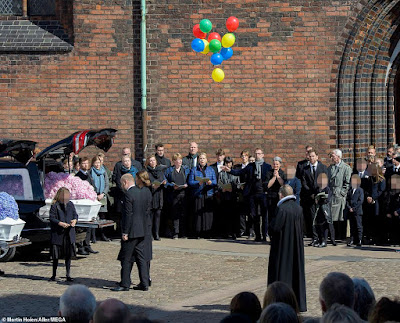 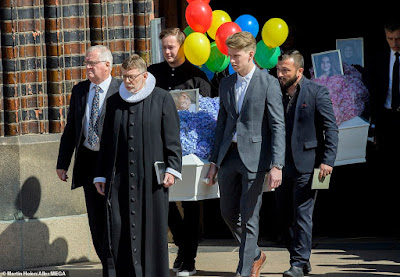 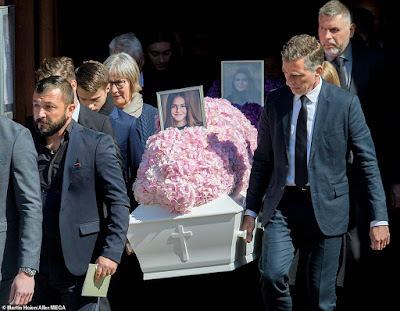