Soldier who r-ped girl in front of parents is dismissed 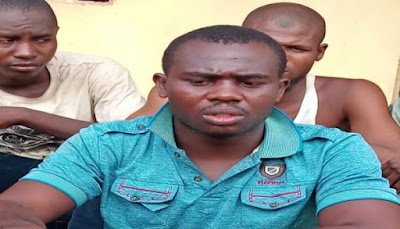 Police in Yobe have paraded a solider who r-ped a girl in front of her parents in Buni Yadi.

Private Akhigbe Tijjani, attached to 27 Taskforce Brigade was on a cordon-and-search operation when he entered a girl’s home and r-ped her in front of her family.

Police spokesman ASP Abdulmalik Abdulhafiz said Tijjani forced the girl’s brother to have s-x with his sister. “When the boy refused, [Tijjani] used a pestle and hit him in the head,” Abdulhafiz said.

A colleague on the cordon-and-search operation reported Tijjani to the military, prompting his courtmartial and dismissal.