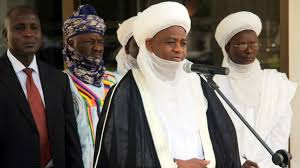 Sultan of Sokoto, Muhammad Sa’ad Abubakar ‎III has declared Monday May 6 as the first day of Ramadan, 1440 AH which marks the commencement of the Ramadan fast by the Muslims across the country.

Making the announcement  Sunda  in his palace in Sokoto, Abubakar said the commencement of the fast followed reports of sighting of the moon  across various states of the federation which marked the end of the month of Shaaban 1440 AH.