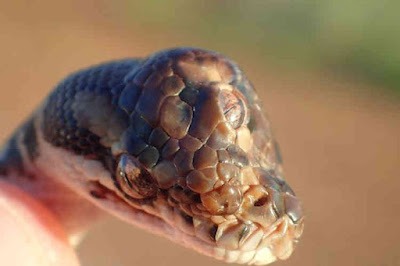 The photo of a three-eyed snake found on an Australian highway has been described by experts as "peculiar."

The Northern Territory Parks and Wildlife Service shared the picture of the baby carpet python - nicknamed Monty Python - which had a third eye on top of its head, on Facebook , in a post which has now been shared more than 9,000 times.

The wildlife authority's rangers found the creature on the Arnhem Highway, near Humpty Doo, just outside of Darwin, in the country's north.