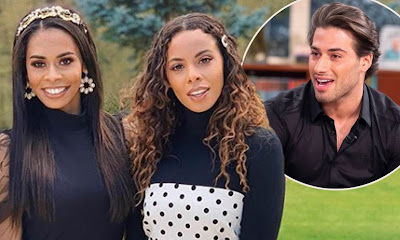 Television presenter Rochelle Humes has revealed the amazing story of how she reconnected with her long-lost younger sister Lili Piper after 23 years apart.

The television presenter, 30, whose parents divorced when she was three years old, had only met her lookalike sibling once when she was five.

Rochelle grew up with her mother while Lili was raised by their father Mark Piper and they lived separate lives for two decades.

They grew up living separate lives but reunited two years ago thanks to a push from mutual friend and Love Island star Kem Cetinay.


Speaking to Giovanna Fletcher on her Happy Mum Happy Baby Podcast, mother-of-two Rochelle said despite feeling terrified of meeting Lili, the pair instantly bonded and have 'spoken every day since'.