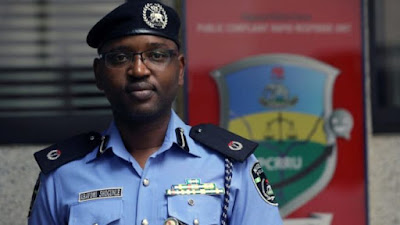 The Nigeria Police Force has transferred the Head of Public Complaints Rapid Response Unit, Abayomi Shogunle, known for making controversial comments on Twitter. Shogunle, who is an Assistant Commissioner of Police, was transferred to Nkalagu, a town in Ebonyi State.

The police officer stirred controversy on Twitter a few days ago after saying that prostitution is a sin under the two main religions practised by residents of the Federal Capital Territory, thereby justifying the arrest and harassment of women, a comment which was criticised by Amnesty International.

His transfer has been trending on Twitter with #Nkalagu and #AbayomiShogunle.

A former Director-General, Bureau of Public Service Reforms, Dr Joe Abah, mocked Shogunle for his transfer to a town in Ebonyi and not the capital.


Abah tweeted, “Ebonyi welcomes Yomi Shogunle to Nkalagu. Please note: Nobody will call you ‘Buoda Yomi’ here; you will not be in the state capital; you will be busy with serious issues and should not have time to mis-yarn on Twitter; small boys will call you ‘punish’, not police.”

“We might all rejoice at Yomi Shogunle’s transfer to Nkalagu(and it’s a small victory to be celebrated especially if it’ll make him shut up) but the truth is public officers need to know that they can lose their jobs when they make statements like that. He should have been fired,” she tweeted.