We are dying of hunger - retired Lagos teachers 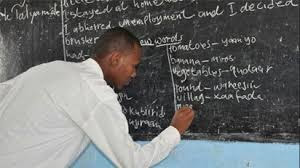 Some retired workers from the Lagos State Ministry of Education have lamented the delay in the payment of their pensions.

The former teachers said more than two years after retirement, they had yet to receive any communication from the government over their entitlements.

They said while some of their colleagues had died without getting any payment, others were sick and lacked adequate medical care.

The retirees spoke on condition of anonymity, saying they were afraid of intimidation.


A former primary school head teacher said all required documents for the processing and payment had been submitted.

She said, “I was a headteacher in a primary school before I retired in 2017. Till now, I have not received anything. All the documents they asked us to submit preparatory to our retirement were submitted. We were told that they had paid up till 2015. When will it get to us? Is it when we die and cannot eat the fruit of our labour? ”

Another retiree lamented that some pensioners lacked funds for basic necessities and had turned beggars.

“I also left service in 2017. Things are tough for many of us. For me, I have children who meet some of my needs. But what do we do about those who don’t have anything to rely on? Some have died of hunger, while many cannot even raise money to buy drugs.

“I served for 35 years. You can imagine someone who was getting paid for those years and for over two years has not received anything. How will such a person cope?” she said.

Another retiree, who also left service in 2017, said she hoped she would receive her entitlements while alive.

She lamented that life had been difficult for her family.