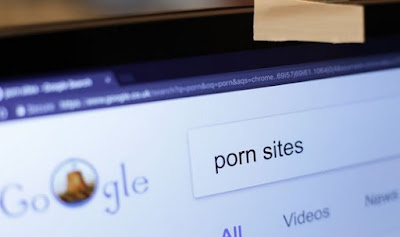 The woman was oblivious to her partner's fixation until he came clean two years ago and confessed at having taken the "drastic step" - with "horrible results".

She had become suspicious something was going on and feared her husband of 38 years and father of her children was having an affair.

But when he confronted her and said they "needed to talk" - two months after they had moved house - she never expected him to reveal he had removed his own testicles using a scalpel.


"That's when he told me everything," she said.

"He was so ashamed and I guess he felt he would never overcome this 'addiction' unless he did something drastic and took away the desire completely. The results were horrible."

He had made various attempts to stop but kept going back, so felt castration was his "last option".

Recalling the horror, the woman continued: "He’s a veterinarian and he’s done a lot of spay/neuter on animals. It was still very risky to do that to himself.

"He brought a spay/neuter kit home from the clinic, numbed himself with lidocaine, castrated himself and stitched himself up. He didn’t go to the hospital."

She continued: "I think it was just a week later that he came back to South Carolina to help with our move to New York and he told me later that he was in a lot of pain.

"I thought at the time he was getting sick because he kept laying down a lot while I was finishing packing. Whenever I would try to be affectionate he always had an excuse for why he didn’t want to be.

"This wasn’t normal for him and I started wondering if he was having an affair."

It was then that the man divulged what he had done.

The man's s-x drive plummeted and the woman, who was 45 at the time, also found intimacy difficult as she was so horrified at what he had done to himself.

She added: "He suddenly had no testosterone. I think it’s similar to a woman having a complete hysterectomy and having no more estrogen.

"Our kids kept asking me what’s wrong with dad? For years I kept making excuses for him."

But the woman grew fed-up of concealing the truth from her children about their father's behaviour and eventually revealed what had happened.

The woman, who has since left the Church with her youngest son, said: "He denies that church teachings had anything to do with him castrating himself but I know the church heavily influenced him to take that drastic step.

"The guilt he felt was because of the church. His reaction was extreme and I think had a lot to do with his mental health.

"He told me once that when he was a teenager and would have wet dreams he would pray for God to take away the memories of those dreams.

"The first time we kissed he felt guilty the next day because we had only gone out on a couple of dates.

"I tried holding his hand during sacrament meeting after we had started dating and he didn’t think it was appropriate."

The woman, who posted her story on Reddit, has been praised for her courage in sharing her story, including by one person who said they had also considered castration.

"Crazy what indoctrination from birth can get you to do, and how much it warps your sense of reality and normalcy."

Another added: "I felt the same way. After 'confessing' to my bishop and wife at the time, I remember telling him that I didn't feel like anything short of chemical castration would alleviate my carnal desires.