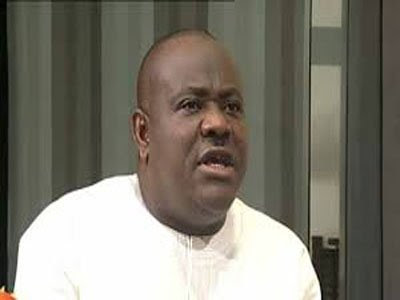 The youths, drawn from the nine states in the region, warned Wike to reopen the commission’s office within the seven days or face stiff and sustainable protests and unrests.

They spoke under the aegis of the Consolidated Youths of Niger Delta (CYN), led by the National Coordinator, Comrade Frank Naday.

Naday, who addressed reporters after their emergency meeting in Uyo, the Akwa Ibom State capital, explained that the office was sealed about a week ago over non-remittances of revenues due to the government.


He said: “From our findings and the information available to us, it is clear that the commission has paid the backlog of money it owes the Rivers State government. We ask the government to unseal the commission’s office complex to enable workers gain access to their offices.

“NDDC is bigger than Rivers State because it covers the Niger Delta region. We know the state government is trying to play politics with the commission because the system feels threatened that the Prof. Nelson Brambaifa-led administration is doing well.”

The youths, who worried that efforts at addressing their plights through the NDDC were being thwarted by the Rivers State government, appealed to President Muhammadu Buhari to intervene as the peace in the region may be truncated.