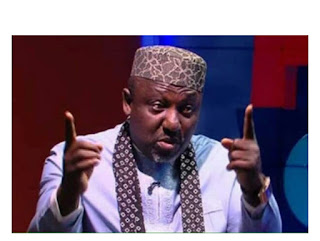 Former Imo State Governor, Rochas Okorocha has said that the life of his daughter, Mrs. Uloma Nwosu, and other members of his family, are being threatened by close aides of his sucessor, Governor Emeka Ihedioha.

In a statement released by his Personal Assistant, Ebere Nzewuji, Okorocha accused a top Imo State government official of ordering thugs to attack Mrs. Nwosu in Owerri. He warned that the continuous attack on him and members of his family, if not checked, will lead to a total break down of law and order

“Few days ago, members of the Imo State Recovery Team went to her shop and looted her goods on the claims they were government property. They also went to the former first lady’s shop and carted away some containers. These were gift items and souvenirs she gives to first ladies and dignitaries during her annual August meeting, including items sold in her furniture shop.
These things happening in Imo State is very serious. It will lead to a total breakdown of law and order if care is not taken. We have reported to the police, even from the last incident, and we don’t think any serious action has been taken so far. We call on the authorities to do something about it before there is a breakdown of law and order.” the statement read