Ex-Liverpool and Chelsea coach, Rafa Benitez has been unveiled as the new manager of Chinese Super League side Dalian Yifang, following his recent departure from Newcastle United.

The 59-year-old Spanish manager penned a huge £12million-a-year deal with the club, who made him their No 1 target. 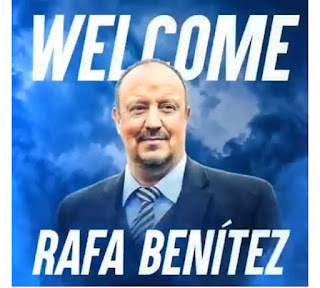 Benitez had just left Newcastle following the expiration of his contract. The news of his departure brought backlash from supporters, who hit out at owner Mike Ashley and questioned the ambition of the club.
The Champions League winning boss took to his personal Twitter account to confirm the news after agreeing to the move to Asia on a lucrative contract.
'After a long path... we start a new challenge! I'm happy to begin this project with Dalian Yifang,' wrote the former Liverpool boss.