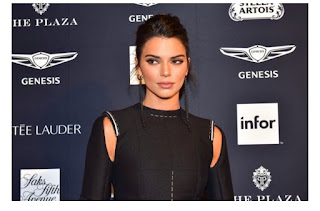 Another intruder was on Monday night (Nov.2) arrested at Kendall Jenner 's home in Hollywood Hills for trespassing.

According to TMZ, a man named Richard Eggers, 27, was arrested after Jenner’s security team tackled him as he made his way onto her driveway. He had reportedly climbed a fence near the model’s Hollywood Hills home before making his way onto her property.

Securities who spotted the intruder, held him until police arrived. TMZ stated that Eggers told cops he was “going door to door collecting signatures to impeach Donald Trump.”

This isn’t the first time Eggers has been spotted on Jenner’s property. Back in September, he was spotted on Jenner's security cameras, but he had run away before her team was able to catch him.
In 2016, a 25-year-old man was arrested for stalking after he was found standing in her driveway waiting for her to arrive home.

Two years later, the reality star was granted a restraining order against alleged stalker John Ford, who had trespassed on her property four times in three months. "As a result of Mr. Ford's repeated stalking," she said in documents obtained by E! News, "I have suffered and continue to suffer emotional distress."

"I, literally, once a week have a stalker, maybe more, twice a week," she previously said on an episode of Keeping Up With the Kardashians. "Some show up at my house, every single day."